The White House, while Googling about ways to help the newspaper industry ... Wow! 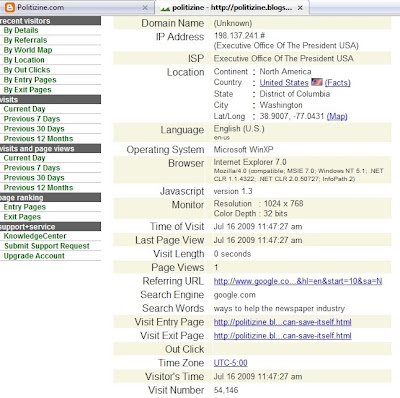